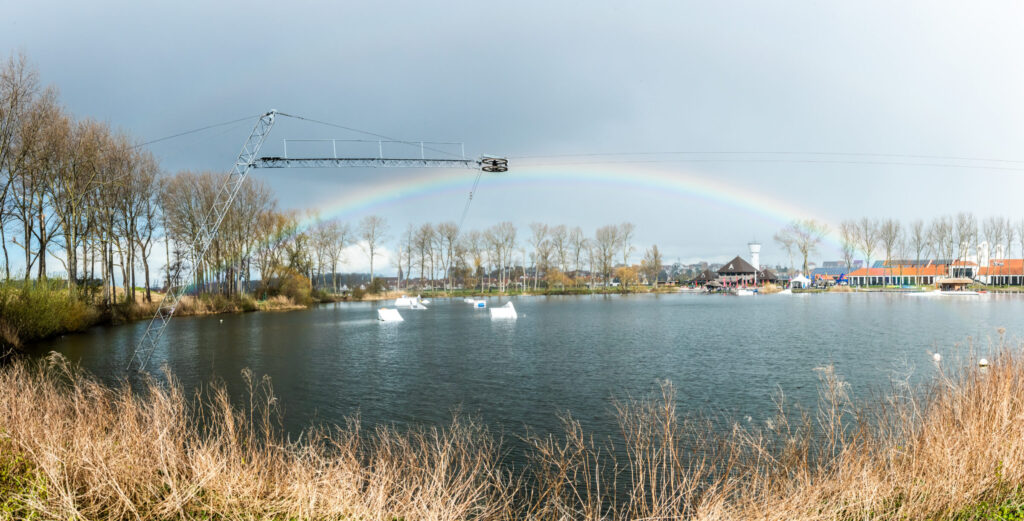 The weather gods were finally kind to the Cold Water Classic. The windy and freezing Saturday with its hailstorms did justice to the name of this first edition, while it was mainly the gusts that made the extremely high jumps difficult. The rather sunny and almost windless Saturday, on the other hand, allowed the participants to go completely wild. Even the seasoned commentator on duty and the 6-member jury had a hard time at times announcing or quoting the succession of spectacular jumps and transitions.

Each rider had two turns in different poules to give the best of themselves via various air tricks and on the 20 different obstacles that the Duinenwater Lake is rich in. This is one of the reasons why we belong to the top 10 cable parks in the world and the many spectators did not get bored at all. The first rider of each pool goes through, the following riders compete via the "last chance qualification" to advance to the next round. One lap is 720m long and lasts one and a half minutes. The scoreboard shows the points, so that every rider knows exactly which risks he has to take or not, a game of bluff poker as long as you don't fall, because then it stops. And falling happened in this case in water of 7 degrees Celsius. The only contestant from Abu Dhabi rushed straight to the Lakeside Pro Shop to buy a thicker wetsuit...

In the end, this Cold Water Classic, the very first World Cup manche since 2019, clocked in at 85 participants from 11 different countries, divided into Wakeskate Junior (U18), Wakeskate Ladies and Men, Wakeboard Masters Men, Wakeboard Juniors Ladies and Men, and Wakeboard Open Men and Women. It was especially interesting to see what our compatriots could do among all that international violence and how the reigning European and World Champions would fare after 2 years without any significant competition.
The prize money was 6000 €, divided equally between men and women. Of the 24 podium places, 8 medals went to our compatriots of which 7 were team Lakeside Paradise. A great result indeed. There was a top podium in the junior wakeskate with Louis Eggerickx in first place, followed by Noah Ferson and Ike Vanleenhove, who, as a 13 year old in the U18, was able to hoist himself onto the podium.
Ken Van Accolyen (35) came second in the masters wakeboarding, Belgian Champion Pauline Appelmans came a brilliant 3rd in the open women's wakeboarding.

Also Louis Eggerickx got on the podium for a second time because of an improbable 3rd place in the wakeboard open men. Loah van Cutsem (De Spin) also took second place in the junior ladies wakeboard event. World and European Champion Sanne Meyer (NL) was unbeatable in the women's open, while triple European and double vice-world champion Max Milde (GER) took the win in the men's open after a gruelling 2nd run, withstanding the pressure from his early fall in his first run. During the farewell speech both victors emphasised how much they had enjoyed it, how nice it was to see everyone again, thanked them for the perfect organisation and assured they would be back next year. Who knows, the second Cold Water Classic, an EC or a World Championship, Lakeside Paradise and Knokke-Heist are already on the wakeboard world map.

To be continued, therefore, as this edition appears to be worth repeating.
Merci Stijn for the fantastic photos and Arno and Guy for putting everything in a beautiful picture. 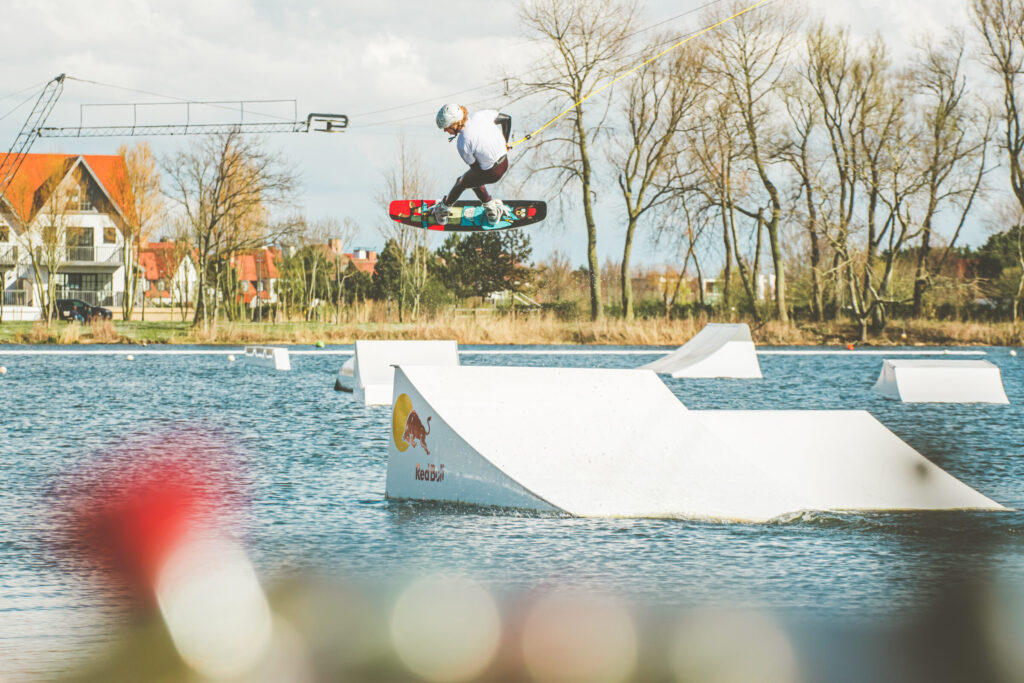 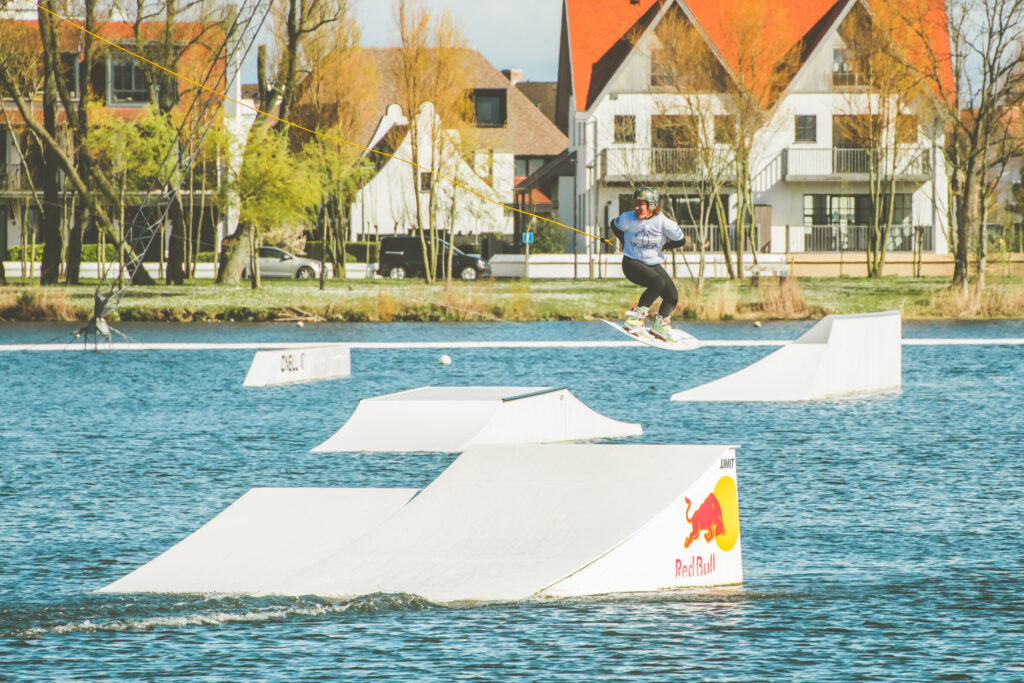