After 2 years of postponement, the time has finally come: green light for the "Lakeside Paradise Cold Water Classic"!
With a four-star rating, it is the highest level of wakeboarding in the world, part of the World Cup circuit, with a cash prize pool of €5,000, divided equally between men and women.

Frank Vanleenhove: "This 'Cold Water Classic' has indeed been on our programme for 2 years. We wanted to put Belgium and Knokke-Heist on the wakeboarding world map, but unfortunately, we had to abandon the organisation of this event in 2020 and 2021.
2022 offers the opportunity, although we see that there are still some wakeboarders who do not dare to make the long journey. Next year we will know if it is because of the temperature, but before that we also called it the Cold Water Classic... 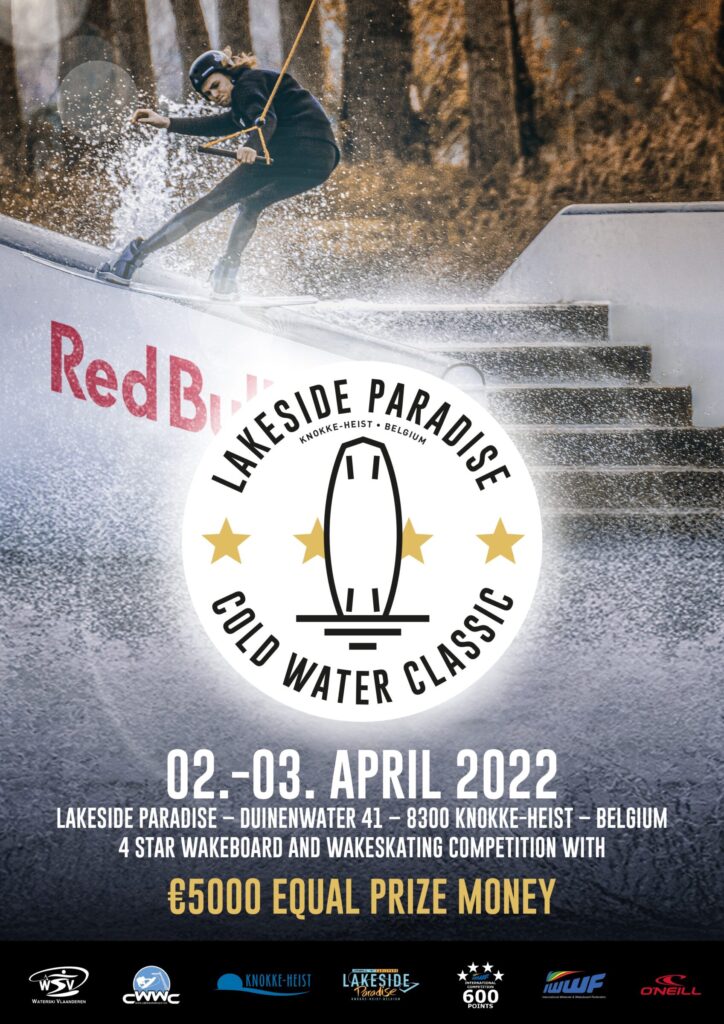 A bit of the round of Flanders for Wakeboarders in potentially harsh conditions and with a water temperature that will be around 10 degrees Celsius, largely depending on the weather in the coming weeks. An additional challenge for the pros who may have prepared their season in sunnier climes, if at all possible.
On top of that, it is not only the first worldwide competition of the season, but also the first competition at that level in the last two years...so the whole wakeboarding world will be watching with suspicion.
It is the enthusiasm of our local wakeboarders and our crew, plus the support of the municipality of Knokke-Heist, that won us over, so we are going for it.
The World Wakeboarding Federation is also enthusiastic and is sending an international team of judges to oversee the competition.
In the meantime the registrations are running and at the moment there are already 7 nationalities represented in the different categories: Open Men Wakeboard, Open Ladies Wakeboard
Junior Men Wakeboard, Junior Ladies Wakeboard, Open Wakeskate.

It is a fact that the women's world champion Julia Lupij will be making her appearance, as well as the world wakeskating champion Maxim Gery, vice-world champion Dennis Hildebrand and no. 1 on the current world ranking Mike Wisse.
Of course we will also be looking out for our local heroes Kaat Bastiaans (4th World ranking) U18 and Pauline Appelmans (16th) in the women's open, but also Louis Eggerickx, Glenn Vandenberghe and Rolf Devriese in the men's wakeboarding, nrs 21, 24 and 28 respectively, all from Knokke-Heist. They started wakeboarding at Lakeside Paradise 10 years ago and have now become international stars.
In the youth category, local team rider Noah Ferson can make a bid for first place in the World wakeskating rankings, where he currently holds second place.
So it is already going to be exciting heats, all to be followed closely as, of course, admission is free for supporters.
The official training day will take place on Friday 1 April, while the competition will take place on Saturday 2 and Sunday 3 April 2022." 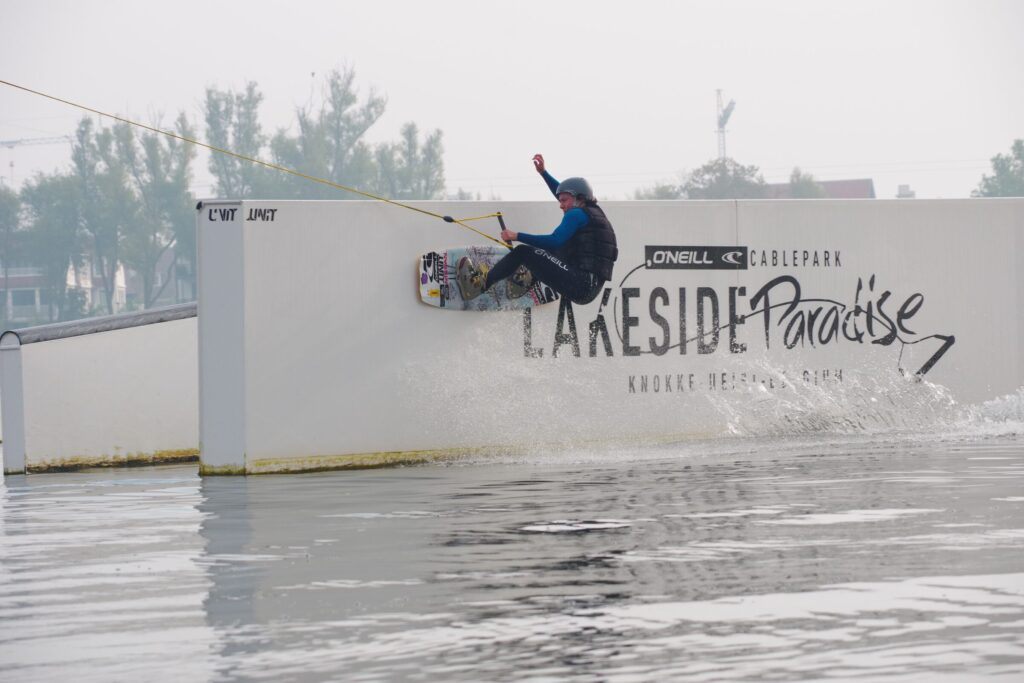