For the fourth year in a row, Lakeside Paradise, in cooperation with the municipal authorities, is spreading 32 tonnes of coke across the entire surface of Lake Duinenwater. A daring feat, but cocolite chalk proves to be the effective remedy against the formation of algae, is completely biological and harmless to humans and animals.

The amount is packed in 20-kilogram bags, which the people of Lakeside Paradise, members of the Tomorrow wakeboarding team and a few volunteers skilfully scatter from motorboats. In addition, 50 barley bales, packed in nets, are anchored around the lake in the water. During the decomposition of these, an enzyme is released that also prevents the formation of algae.

In recent years the combination of both has proven to be the successful formula in combating algae growth, much to the delight of all wakeboarders and water sports enthusiasts, the 25 permanent staff members and approximately 80 working students at Lakeside Paradise. Last year due to the warm temperatures there were similar algae problems all over Flanders and here and there even recreational activities were banned for several weeks. Obviously, this would not happen in Knokke-Heist and nothing would be left to chance this year.

In the past, Lakeside Paradise had the bottom of the lake mapped out, as the Duinenwater lake is 30 metres deep in places. Due to the former rich vegetation on the shores, a floating layer of green waste had formed in the deepest places, which of course had been a perfect breeding ground for algae all those years. However, the more wakeboarders do their thing, the more oxygen gets into the water and the more this floating layer disappears, partly because the chalk sinks to the bottom, creating an extra layer of resistance. So: lots of wakeboarding is the message!

Also The fish stock was mapped. It turned out that whitefish were predominant and there was a shortage of predatory fish, which also threw the lake out of balance and had an impact on algae growth. Lakeside Paradise solved this problem by exchanging whitefish for predatory fish in collaboration with Sportvisserij Vlaanderen... . So hopefully we will have another algae free summer and everyone will be able to enjoy endless water sports!

All camps for July and August are nearly fullIf you still want to be there, surf to paradise-webshop.com and book a super week full of summer water sport fun!

For those who have one multi-day can also book one or more nights at the Lakeside Paradise Sleep Inn.
Overnight stays from 25 € per person.

More info: info@lakesideparadise.be or 050/60.60.35
Lakeside Paradise is open every day until the autumn holidays. 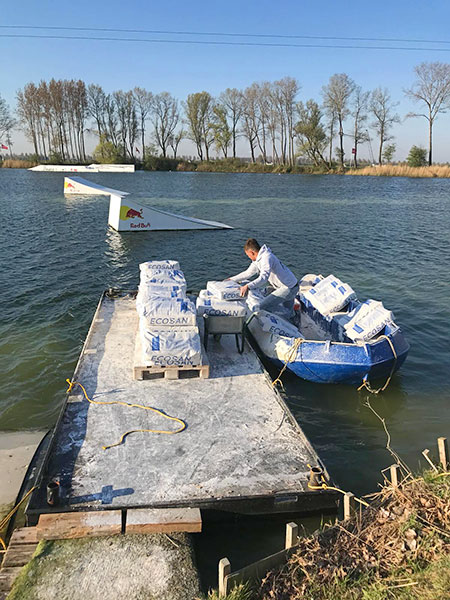 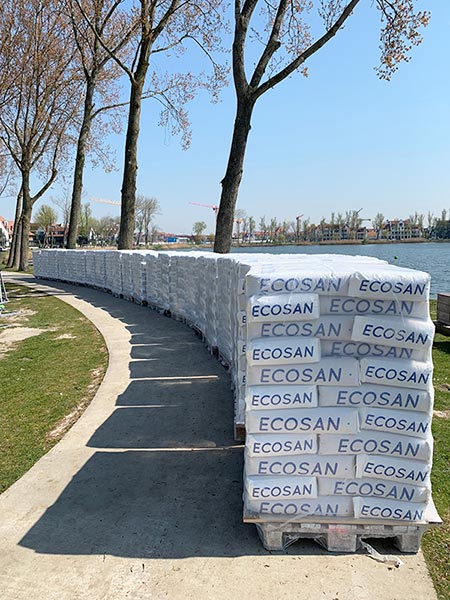 Congratulations to the municipal services and beach visitors!